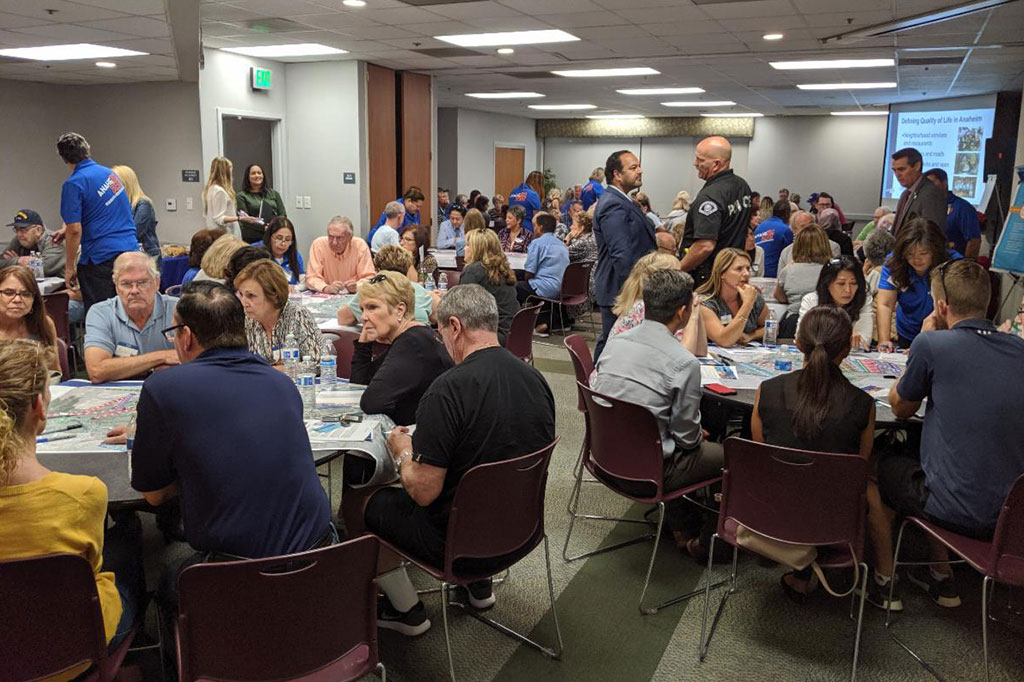 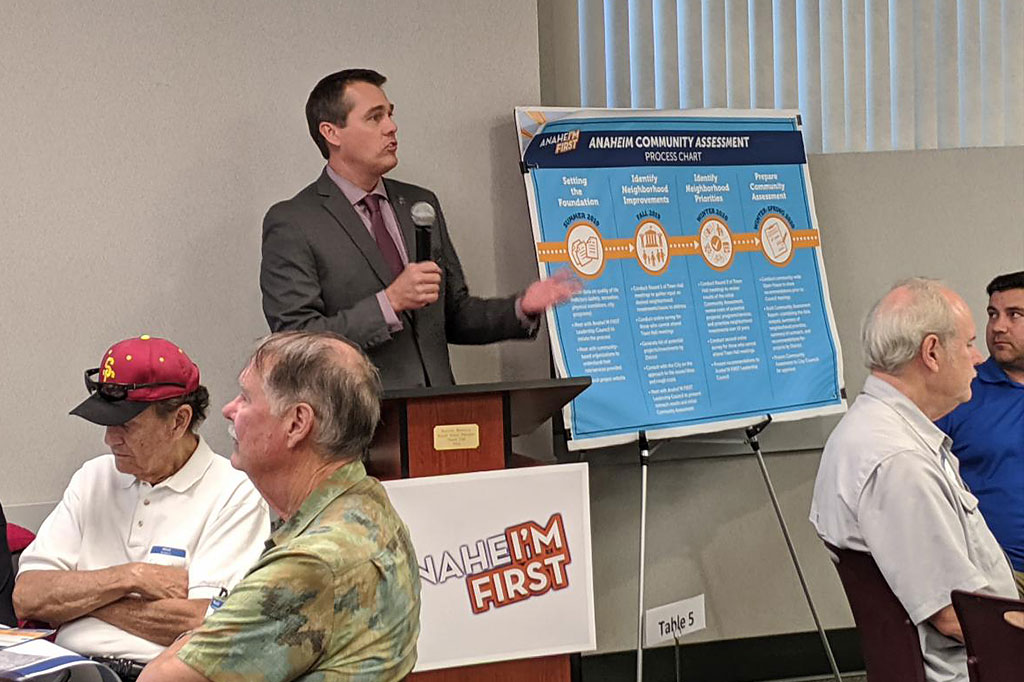 On October 2, the District 6 Town Hall at the East Anaheim Community Center was a big success with over 120 residents and community members attending. The district-based town halls are a vital part of the Anaheim Community Assessment – conducted as part of an innovative partnership between Anaheim First and the City of Anaheim to engage residents in the prioritization of $250 million in future neighborhood investments.

District 6 Council Member Trevor O’Neil opened the program and thanked residents for their involvement in the assessment. The consultant team, PlaceWorks and Arellano Associates, facilitated the meeting by discussing an overview of the program, followed by an exercise where neighbors met in groups to discuss their priorities for the district.

Each town hall, held from August 28 through October 2, attracted an average of 100 people who actively participated in the workshop-style town halls – illustrating the strongly positive response from Anaheim residents when invited to directly participate in planning city investments in their neighborhoods.

There will be a second round of district-based town halls scheduled in January-February next year before the Anaheim Community Assessment is finalized. Those that did not have the chance to attend the first round of town halls are highly encouraged to attend the second round. It’s never too late to get involved and provide input about your neighborhood.

When complete, the Anaheim Community Assessment will be presented to the City Council for consideration and serve as a resident-generated template and guide for prioritizing the 2030 Neighborhood Investment Program, proposed by Mayor Harry Sidhu and unanimously approved by the City Council.

Thank you to Councilman O’Neil, residents, and volunteers who participated last week!